The six LGBT health and community service organizations named as beneficiaries of the Grass Roots Gay Rights Foundation represent diverse causes within the community. The beneficiary organizations selected to receive new funding this year are:

Positive Resource Center (PRC) is a community-based 501(c)(3) non-profit whose mission is to assist people affected by or at risk of HIV/AIDS through culturally appropriate counseling, education, training and advocacy. As a result, our clients can make more informed choices that maximize available benefits and employment opportunities.

The Mission of the St. James Infirmary is to provide free, compassionate and  nonjudgmental healthcare and social services for sex workers (current or former) of all genders and sexual orientations while preventing occupational illnesses and injuries through a comprehensive continuum of services.

Maitri provides compassionate residential care to men and women in need of hospice or 24-hour care and cultivates the deepest respect and love for life among its residents and caregivers.

The Southern Poverty Law Center is dedicated to fighting hate and bigotry and to seeking justice for the most vulnerable members of our society. Using litigation, education, and other forms of advocacy, the SPLC works toward the day when the ideals of equal justice and equal opportunity will be a reality.

In addition, funding is being continued for the following two organizations:

Eric Holmgren, Event Chair for this year’s REAL BAD XXIX and REACH parties said, “It’s our honor to carry on this 29-year tradition, to partner with non-profits doing vital work in our community, and to dance with pride and joy as we do.”

The Foundation today unveiled this year’s Main Dance Floor DJ for REAL BAD XXIX as Saeed Ali, Russian-born and currently living in Amsterdam.  Saeed began his career as a professional DJ in 2006 in Moscow. Rapidly making his name in Moscow’s competitive club scene, in 2008 Saeed Ali became resident of the Spanish label SuperMartXe for their Russian events. With Saeed Ali’s luscious and progressive tones the SuperMartXe brand quickly gained popularity among the discerning public of Russia’s capital. Saeed regularly receives rapturous applause for his sets while touring the world at club events from Shanghai to London. In 2010 Saeed became resident of SuperMartXe Amsterdam. From here Saeed’s success continued at the Circuit and XLsior Festivals in Europe. World famous events and venues have welcomed Saeed including Matinee, SuperMartXe, WE Party, Toolroom Nights, Salvation and LoveChild. Saeed has wowed crowds at the illustrious Gay Pride celebrations in Madrid, Barcelona, Amsterdam, Tel Aviv, Stockholm and many more. Since its launch in 2010 Saeed became resident at Russia’s most famous gay club Central Station. 2011 brings yet more for Saeed Ali with the launch of his own brand dance music extravaganza “Alimania” hosted at the world famous Moscow club ‘ICON’ ex ‘RAI’ every month. Experienced clubbers and professional critics and colleagues agree on the reasons for Saeed’s such wide-popularity as a DJ, noting his unique ability to truly ‘feel’ the room. From 2012 he based in Amsterdam where in less than a year he became resident of the world famous label “Rapido” for their regular events around the world. Saeed is now driving his talent forward producing his own tracks.

In addition, the Underground will offer an alternative dance floor with music by San Francisco’s own Scott Shepard.

He gained notoriety by playing unconventionally; dark, tribal, twisted, but always wanting to keep the energy from drifting over to the dark side. Now residing in Miami, he’s a resident at The Manor in Fort Lauderdale and Twist in South Beach. Because of his affinity for the afterhours sound, he’s known to really kick it into high gear after 3AM; which will very often keep the crowd occupying the dance floor until the lights go on at 5 in the morning.

REAL BAD XXIX will also feature world-class lighting, laser, and video production. The lighting and laser show will be designed and operated by Robert Sanders of RagerLazer. 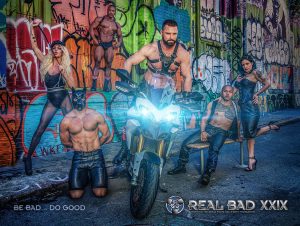 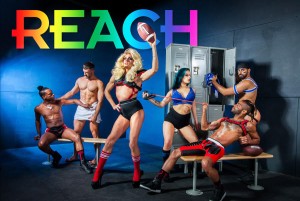 REAL BAD & REACH are produced by the Grass Roots Gay Rights Foundation (formerly GRGR/West), a 501(c)(3) nonprofit organization. These annual fundraising events are completely volunteer-produced, and are distinct in that the costs of producing the events are underwritten entirely by the party’s Hosts, a Circle of Friends who volunteer their time and resources to make REAL BAD a yearly sell-out success. This unique support enables 100% of general admission ticket proceeds from REAL BAD, and 100% of all ticket proceeds from REACH, to be donated to charity. In 2016, the Foundation raised $215,325, bringing the total donated to worthy non-profits to over $2.5 million over the event’s history. The Grass Roots Gay Rights Foundation changes lives by supporting organizations that promote a happy, healthy, and connected LGBT community.

Want to join the discussion?
Feel free to contribute!

This site uses Akismet to reduce spam. Learn how your comment data is processed.

Are you ready to give in to your new Ritual?
Scroll to top